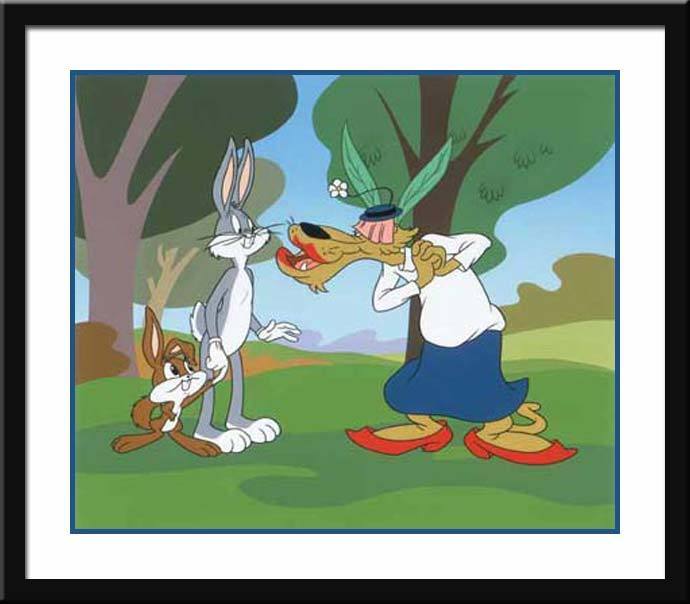 Released in 1952 and directed by Robert McKimson, "Rabbit's Kin" was the only theatrical release for Pete Puma. "Rabbit's Kin" marks the first use of the "three or four" lumps of sugar gag, which heralded Pete Puma into cartoon history. Though Mel Blanc is held as the main voice artist in "Rabbit's Kin," the cartoon also features well-known artist Stan Freberg as the voice of Pete Puma. The original drawing was rendered by Juan Ortiz and the master hand-inked by Laurie Dindis. The background was painted by Hector Martinez and reproduced with the fine art Giclee process.