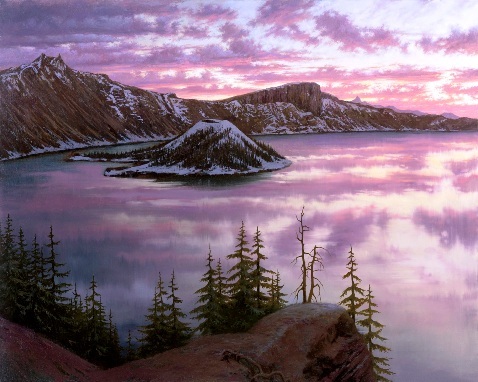 Crater Lake was formed after the collapse of the ancient volcano, Mount Mazama. It has long attracted the wonder of people all over the world. Its depth of 1,943 feet makes it the deepest lake in the United States, and the seventh deepest in the world. This spectacular setting has been beautifully captured by Alexei's brush.