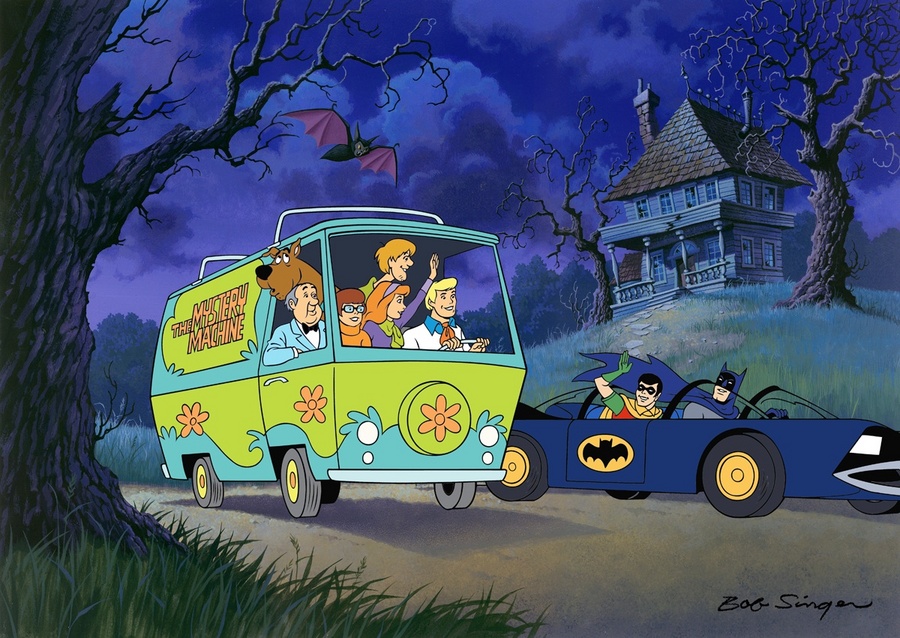 This image was created by Bob Singer, who was the original layout artist for the Scooby-Doo series, as well as The Flintstones, The Jetsons and Jonny Quest! Bob Singer hand-signed each piece.

Scooby-Doo Meets Batman and Robin was part of a series of crossovers featuring guest characters such as Sonny and Cher. Laurel and Hardy, The Harlem Globetrotters and The Three Stooges.

The idea of Hanna-Barbera crossing over Batman and Scooby, reveals the ability for well-designed characters to interact in nearly any scenario.

Animated features of Scooby and The Gang with Batman and Robin have also appeared, specifically "The Brave and The Bold," which was released in 2010.

The Batmobile and Mystery Van are both hand-painted on the cel along with the characters giving the artwork great depth against the haunted house background.