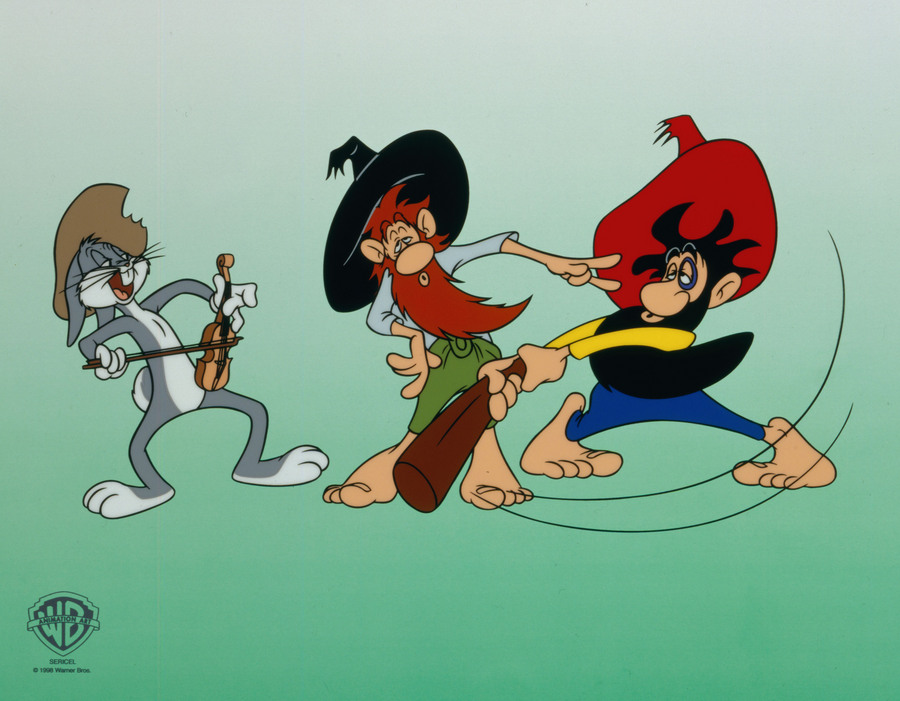 
"Swing Your Partner" is from the 1950, Robert McKimson cartoon "Hillbilly Hare." While Bugs Bunny is vacationing in the Ozarks he runs into two hillbilly brothers, Curt and Punkin'head who think Bugs would make a tasty meal. In this scene Bugs decides to have some fun with the brother's while they are square dancing. Unbeknownst to the brothers Bugs unplugs the jukebox and takes over the fiddling and square dance calling, giving Curt and Punkin'head a series of increasingly bizarre and violent directions, which are followed by the brothers with hilarious results.

Serigraph cels also know as a sericel are carefully transferred by a talented artist to ink on paper. The serigraphers created separate screens, one for each individual color, from which the edition was printed onto acetate. Using this meticulous serigraph process, the hand-crafted quality of an original cel was achieved.